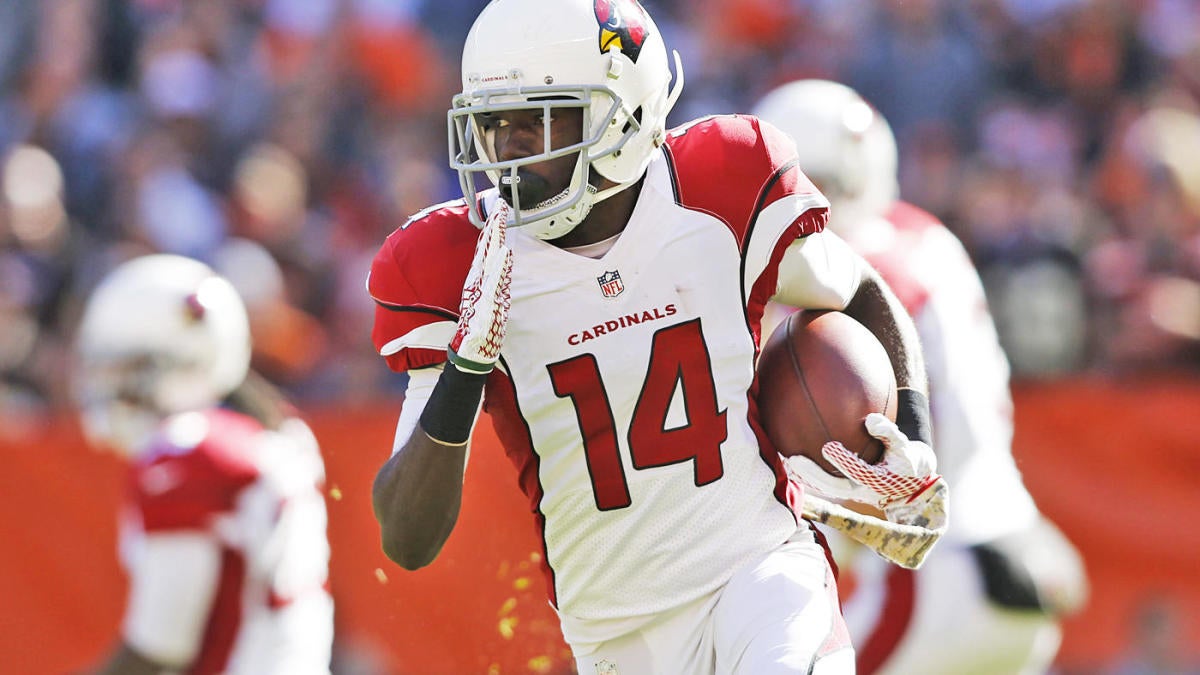 J.J. Nelson has joined the list of San Francisco 49ers receivers who have sustained an injury during the team’s 2020 training camp. Nelson, a veteran wideout who was signed by the team earlier this month, is expected to miss 2-4 weeks after sustaining a knee injury, coach Kyle Shanahan announced on Friday.

San Francisco has already seen injuries to receivers Deebo Samuel, Jalen Hurd, Richie James and rookie Brandon Aiyuk. Samuel, who amassed 962 all-purpose yards and six touchdowns during his rookie season, is still recovering from surgery following a fractured foot that he sustained back in June. 49ers head coach Kyle Shanahan is cautiously optimistic that Samuel — who was seen running sprints at full speed along the sideline during Wednesday’s practice — won’t miss much time once the regular season begins.

Aiyuk, the 25th overall pick in this year’s draft, sustained a pulled hamstring on Sunday, although Shanahan is confident he will be ready to play when the 49ers host the Cardinals in Week 1. The 49ers are expecting big things out of Aiyuk, who caught 65 passes for 1,192 yards and eight touchdowns during his final season at Arizona State.

“I’ve been real impressed with him, just being around him,” Shanahan recently said of his rookie receiver. “He was very impressive on the Zoom meetings, just his attention to detail. Since we’ve gotten here, just going through these walk-throughs and stuff, you can tell he knows how to practice like a pro. You can tell he comes prepared every day. He’s not a guy you have to teach how to act, or teach how important it is to learn this stuff. You can tell he understood that before he got here.

“Since we’ve been around him, you can tell he’s been working. That’s why he’s further ahead than, I think, other rookies at this time.”

Hurd, a third-round pick in the 2019, will miss his second consecutive season after suffering a torn ACL earlier this month. A back injury sidelined Hurd – a former standout for the University of Tennessee – for the duration of his rookie season. James, a three-year veteran, is currently on the active/non-football injury list as he continues to recover from a broken wrist. While he is expected to move to the reserve/PUP list before Week 1, Shanahan says he does not expect James to be available when the 49ers kick off the season against the Cardinals.

To help cope with their rash of injuries, the 49ers recently signed veteran receivers Nelson and Tavon Austin. A veteran entering his sixth year, Nelson spent his first four seasons in Arizona before playing with the Raiders in 2019. Austin, the eighth-overall pick in the 2013 draft, spent his first five seasons with the Rams before serving as a backup receiver for the Cowboys each of the past two seasons.

On Thursday, the 49ers further addressed the position with the signings of River Cracraft and Kevin White. A California native, Cracraft caught 218 passes for 2,701 yards and 20 touchdowns in four seasons at Washington State. The 26-year-old previously spent time with the Broncos and Eagles after going undrafted in 2017. A former first-round pick, White caught just 25 passes for 285 yards during his three active seasons with the Bears. The 28-year-old receiver spent time with the Cardinals last offseason before failing to make the team’s 53-man roster. He had a tryout with the Jets earlier this month before singing with the 49ers.

The 49ers’ rash of injuries at receiver will likely lead to more opportunities for Kendrick Bourne, a four-year veteran who caught 88 passes for 1,102 yards and nine touchdowns during his first three seasons. A former undrafted rookie Bourne caught 30 of 44 targets for 358 yards and five touchdowns during the 2019 regular season. He caught 6 of 10 targets for 88 yards during the postseason that included a touchdown reception in the 49ers’ divisional round playoff win over the Vikings.

Mookie Betts goes ‘back to my roots’ at second base, homers in Los Angeles Dodgers’ victory

Mets, Kumar Rocker unlikely to agree to deal before signing deadline, per report

Texas and Oklahoma to the SEC — The history, the drama and why it’s happening now

College basketball recruiting: Duke lands five-star Dariq Whitehead, the No. 6 player in the Class of 2022

2022 NBA Mock Draft: Duke has two stars in the never-too-early projections of next year’s lottery picks

2022 NBA mock draft – Will it be Chet Holmgren, Paolo Banchero or someone else at No. 1?

Overhaul of NCAA to begin with constitutional convention in November