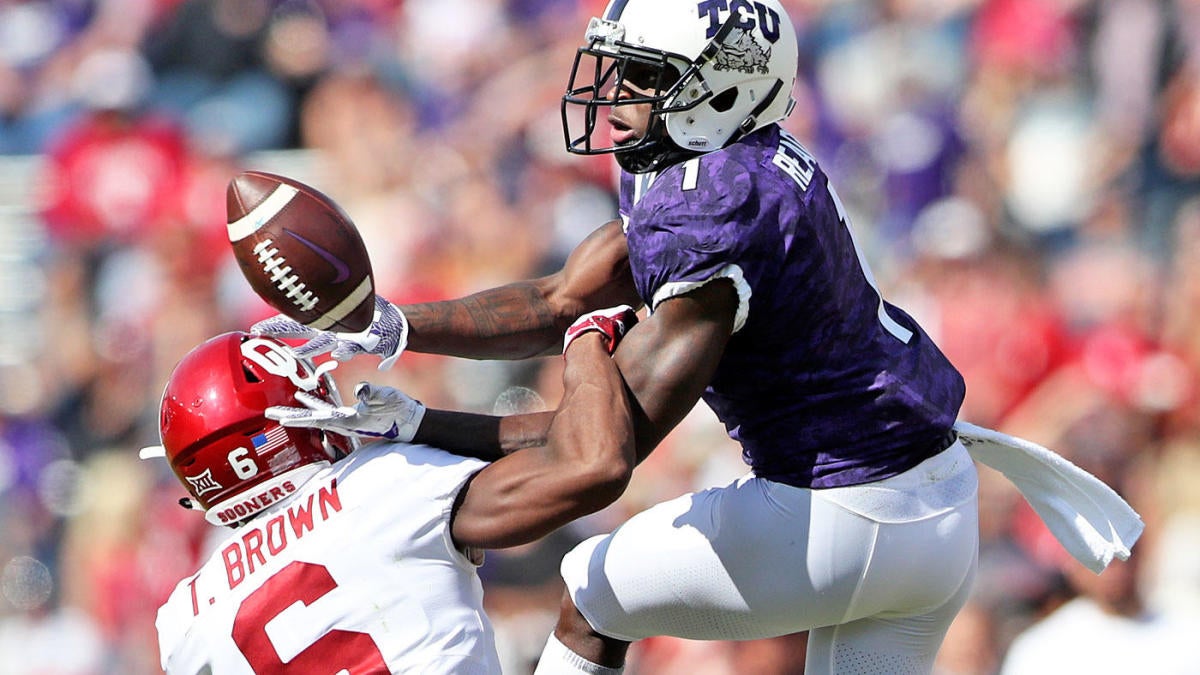 Watch Now:
Tiki and Tierney: Greg Coleman says the Packers are the team to beat in the NFC North
(2:06)

Wide receivers took center stage in the 2020 NFL Draft, as six collegiate pass-catchers were taken in the first round alone. Led by former Alabama standout Henry Ruggs III, the 12th overall pick to Las Vegas, the crop of wide receivers could make immediate impacts on the teams that selected them. But where do Ruggs and the group of first-round receivers fall among the all the wideouts in the 2020 Fantasy football rankings?

Can any 2020 Fantasy football rookies excel with no preseason games to adjust to NFL game speed? Before going on the clock, be sure to see the Fantasy football rankings 2020 and cheat sheets from the team at SportsLine, given that they called Ravens tight end Mark Andrews a breakout last year.

The team at SportsLine was all over Andrews from the start in 2019. He was going off the board in the 13th round on average, but SportsLine had him ranked as the No. 11 tight end, saying he’d produce more than players such as David Njoku and Austin Hooper, both of whom were going off the board well before him. The result: Andrews finished as the No. 2 Fantasy tight end. Fantasy players who followed SportsLine’s advice got a season-defining steal.

The same model has a proven track record providing Fantasy football tips, calling past breakouts like Alvin Kamara and Tevin Coleman in 2018. Anybody who banked on players such as those likely made a run at their league title. The model is powered by the same people who generated projections for all three major Fantasy companies, and it beat human experts last season when there was a big difference in ranking. The projections update multiple times daily, so you’re always getting the best Fantasy football advice.

Now, SportsLine has simulated the entire NFL season 10,000 times and released its latest 2020 Fantasy football rankings, along with plenty of sleepers, breakouts and busts. Head to SportsLine now to see them.

SportsLine’s Fantasy football rankings 2020 and cheat sheets are all over Bills rookie running back Zack Moss. The third-round pick out of Utah isn’t getting quite as much buzz as backs that went off the board in the first and second rounds, but he has potential to have a Fantasy impact in 2020 for one of the league’s emerging offenses.

A three-year starter for the Utes, Moss piled up an eye-popping 4,752 yards from scrimmage and 41 touchdowns, and he’ll slot in behind a relatively unproven starter, Devin Singletary, on the Bills’ depth chart.

The latest 2020 Fantasy football ADP shows Moss going off the board in the 12th round. The model, however, projects that he’ll produce more than players like Dobbins (10th-round ADP) and James White (ninth), making him one of the Fantasy football breakouts 2020 you should be all over.

Another breakout that SportsLine’s Fantasy football rankings 2020 have identified: Eagles wide receiver Jalen Reagor. The Eagles selected the former TCU standout with the 21st pick in the NFL Draft as part of a four-receiver overhaul of their passing game. Philadelphia already had DeSean Jackson, but made Reagor the signature piece of offseason moves that also included selecting Boise State’s John Hightower and Quez Watkins out of Southern Miss, as well as a trade with the 49ers for Marquise Goodwin.

Reagor has significant top-end speed, breaking off a 4.22 40-yard dash in his virtual pro day to vault up the draft rankings. Reagor averaged 15.2 yards per catch for TCU, a large jump for an Eagles team that averaged only 6.46 yards per target when throwing to wide receivers last season, almost a half-yard worse than every other offense in the league. SportsLine’s 2020 Fantasy football cheat sheets are high on Reagor’s potential, placing him above established wide receivers like Jackson, Sammy Watkins and Alshon Jeffery.

How to find 2020 Fantasy football rankings

SportsLine is also extremely high on a young quarterback going off the board late in 2020 Fantasy football drafts. This player isn’t being picked until the 10th round on average, but is in line to outperform quarterbacks being taken much earlier like Carson Wentz and Jared Goff. You can only see who it is, and the 2020 Fantasy football rankings for every player, at SportsLine.

So what 2020 Fantasy football breakouts should you snatch in your draft? And which QB1 can you wait on until late? Visit SportsLine now to get 2020 Fantasy Football cheat sheets from the model that was all over Mark Andrews’ breakout season, and find out.