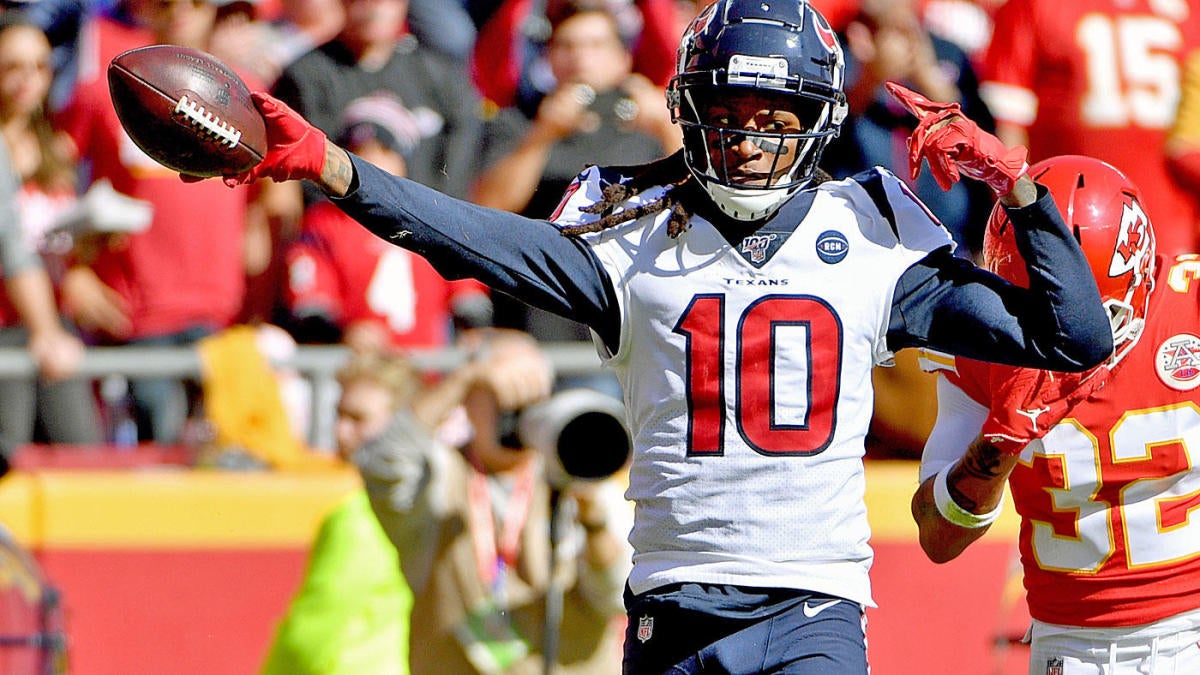 The second-busiest draft weekend of the year is here, which means you might be in serious need of some advice. That’s OK, the Fantasy Football Today team is here for you. Jamey Eisenberg has his final round of Sleepers, Breakouts and Busts ready for you, while Dave Richard has distilled everything you need to know about each position into his Tiers 5.0 rankings and Draft Day Strategies.

But that’s not all the help we’ve got for you — we’re a generous bunch, and we’ve got something exciting coming your way next week. Our Fantasy Football Today Draft-A-Thon show next Wednesday at 6 p.m. EST on CBS Sports HQ will be one more excellent way to get up to speed and ready to dominate your draft. Plus, we’ll be live taking your questions from 8 to midnight on the FFT Twitch channel with plenty of special guests and fun prizes, all while raising money for St. Jude’s Children’s Hospital. It’s going to be a great time, so mark your calendars and stay tuned for more announcements about that next week.

Plus, we’ve got an #AskFFT mailbag with some of your questions answered. And if you are drafting this weekend, make sure you check out these resources for your last-minute cramming, too:

Here’s what we’ve got on tap today:

With little more than two weeks left before the start of the season, we’ve got plenty of running back injuries to keep track of. Here’s the latest on three key situations heading into the weekend:

What Jamey said: “I don’t think I can recall a season in recent memory where there are so many sleeper options who I like. … I’m writing about more guys in Sleepers 3.0 than ever before.”

The rest of Jamey’s picks can be found right here.

What Jamey said: “What I like to do with Breakouts 3.0, my final edition for the season, is highlight some of my favorite players who I plan to target in all leagues. I’m obviously not going to draft all of these guys — but I can try.

Calvin Ridley checks a lot of the boxes that I’m looking for in a breakout receiver.

Check out the rest of Jamey’s breakouts here.

Check out the rest of who Jamey is avoiding in 2020 here.

By the way, our brand new podcast, Fantasy Football Today In 5 just launched. Every morning starting Aug. 31, we’ll have a bite-sized podcast ready to catch you up on the latest news. It’s perfect for waiting for your coffee to brew or while you walk the dog. Make sure you head to Spotify, Apple or anywhere else you find podcasts to subscribe to Fantasy Football Today In 5 and listen to the just-released trailer.

Rankings are a helpful tool for your Fantasy draft, but they can really only go so far. They can tell to prefer one quarterback over another, but they aren’t quite as much help when it comes to knowing when to pounce on one position vs. another. That’s where tiers come in. If you need a running back and you know you’ve got eight picks between your next two, you just look at the tiers and see how many of the current tier are left — if there are eight running backs and only three wide receivers, you should probably take a wide receiver with your next pick, knowing one of those running backs should be there when you pick next.

That’s the basic framework for how to use them. Here are Dave’s tiered rankings for each position, along with his strategy for how to approach each on Draft Day. It’s like having him in the draft room with you, really.

Your questions, answered. Send your questions to Chris.Towers@CBSInteractive.com and you may get them answered in a mailbag in this newsletter. I’ll be doing them every week, and even if your question doesn’t make it here, I just may respond to your email with an answer anyway. And we’ll be answering your questions all season long on FFT, so send us your questions on Twitter with ‘#AskFFT’.

The thing about running back is, there really are no “safe options.” OK, besides Christian McCaffrey and a few others. But even they aren’t immune from the factors that make running backs so volatile, especially injuries. Gordon has plenty of upside on his own, but it really sounds like he’ll need a Lindsay injury to have top-12 potential. Taylor obviously has hurdles in his way, too, but look at it this way: If Mack remains a big factor, you can use him until Taylor overtakes him. If and when that happens, Taylor definitely has top-12 upside, even in a crowded backfield.

We’ve got you covered.

I want an elite back in the first two rounds in nearly every draft, and I like Thomas a bit more than Cook, so it’s Thomas plus Jacobs for me — even though I’m not a huge Jacobs fan, he’s fine in the second round.

You make a pretty reasonable case, but it’s worth remembering just how good Cook was last season: No. 2 in PPR and No. 3 in non-PPR last season. Cook averaged more points per game last season than Kareem Hunt did in his best season in KC, and can you really argue Edwards-Helaire has more upside than Hunt did? I like CEH plenty, but I wouldn’t take him over Michael Thomas — and I would take Thomas over Cook, too.

It affects the order you should draft the quarterbacks in — running QBs have slightly less appeal in this format. However, the principles that underpin the “wait on QB” philosophy still apply here. It’s a deep position, so paying up probably isn’t going to give you as much of an edge. And that might be even more true in a six-point per TD league, because touchdowns are less predictable year by year. An outlier touchdown season, good or bad, will play an even bigger role in determining QB value.

Generally speaking, when you’re comparing two similar players, the running back probably has the most upside, especially when you’re talking about one with true three-down skills like Swift. Ruggs’ big-play ability probably gives him a higher weekly ceiling, but for the season, it comes down to this: I can foresee a scenario where Swift is a first-round pick next season; I can’t do the same with Ruggs.

The Fantasy Football Today Draft Guide is here, and I promise, you’ll want to have it by your side on Draft Day. We’ve boiled down everything you need to draft in one place, with consensus expert rankings and auction values, tiers, a round-by-round walkthrough, and Draft Day strategies and rules from Jamey, Dave, Heath and Ben. It’s the next best thing to having them next to you while you draft. Head here to sign up for it, because it’s absolutely free — which seems like a good value to me.