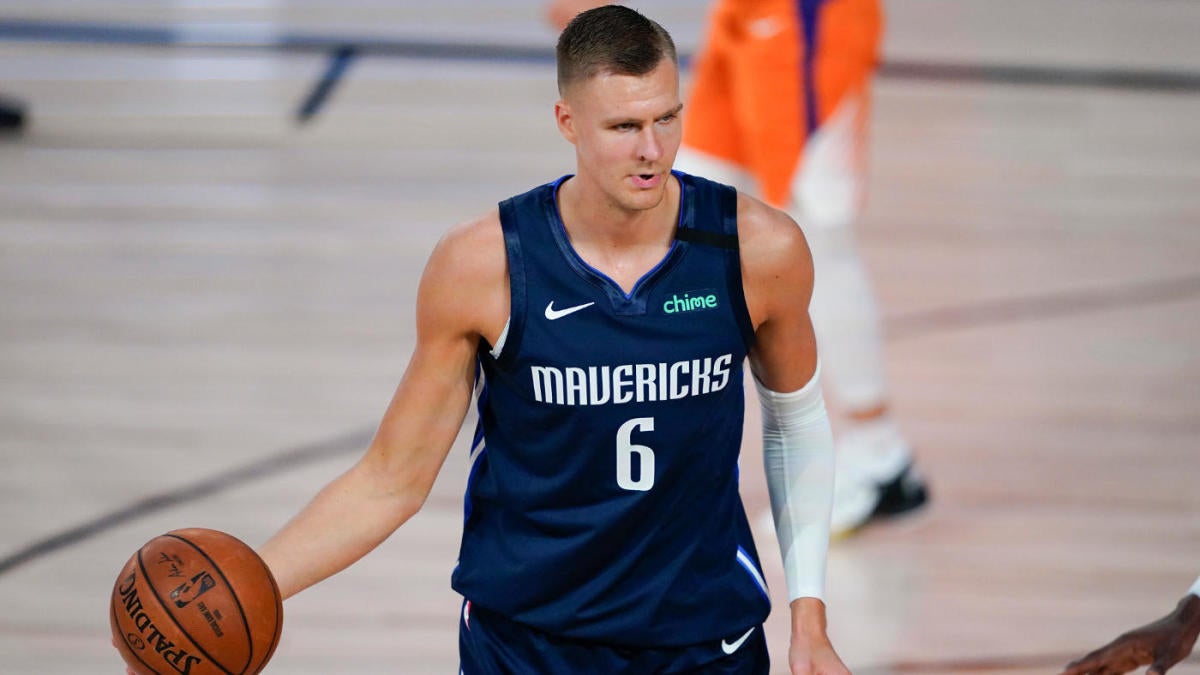 Kristaps Porzingis has not played for the Dallas Mavericks since Game 3 of their first-round series against the Los Angeles Clippers, and despite the unscheduled hiatus that came about following Milwaukee’s protest, he will not be able to compete in the remainder of Dallas’ series against Los Angeles, the team announced Friday evening.

The Dallas Mavericks announced today that Kristaps Porzingis has been receiving treatment for a lateral meniscus tear of his right knee and further treatment options are being explored at this time. Porzingis suffered the injury in Game 1 of the 2020 NBA Playoffs.

Porzingis has not been medically cleared to play for the remainder of the Mavericks’ first-round series and will not be available.

This is a monumental blow for a Mavericks team that is now only a single game away from elimination following their Game 5 loss to the Clippers. Dallas managed an overtime win in Game 4 without Porzingis, but that was due to the heroics of Luka Doncic, who is dealing with an injury of his own and is clearly not at 100 percent.

With the Latvian All-Star out, Carlisle will likely go small again and keep Trey Burke in the starting lineup, who has played tremendously well for Dallas throughout this series. It also means that Michael Kidd-Gilchrist will get more playing time, as well as Boban Marjanovic, as the Mavs are incredibly thin in the frontcourt. Dallas entered the bubble without Dwight Powell and Willie Cauley-Stein, two players they could desperately use with Porzingis out. Kidd-Gilchrist, though, provides solid defense despite his offensive game being incredibly limited. Marjanovic has had an uneven series, but he’s essentially unguardable under the rim due to his 7-4 height and tremendous strength. He’s a negative defensively, because he’s a liability anywhere outside of the paint, but he has justified his playing time with that strong offense.

In the three games that Porzingis has played in the postseason, he’s averaged 23.7 points and 8.7 rebounds, while being incredibly efficient from 3-point range (52.9 percent) and shooting 52.5 percent from the field. Not having him on the floor effects Dallas’ entire offense. His pick-and-roll game with Doncic has become one of the most potent in the league, as he’s been able to pop out and sink 3s at a high rate, and he’s always a lob threat when he’s rolling to the rim. On defense, no one on the Mavs roster can fill in for his rim-protecting abilities, which was evidenced in Game 4 as Clippers’ big man Ivica Zubac put up 15 points without much interior resistance.

Now the Clippers have the Mavericks backed into a corner. A victory on Sunday knocks Dallas out of the playoffs, and with Porzingis sidelined and Doncic both hobbled, the Mavericks will have to lean on the role players that have shined for them all season long. Dallas may be down, but it is not out.