How long will Morris — who interviewed for a couple head coaching gigs this cycle — remain in L.A.?

A likely answer for the 44-year-old, who has 19 seasons of NFL coaching experience: Not long.

Since he became the Rams’ coach in 2017, McVay has lost three assistants who are now head coaches — Green Bay Packers coach Matt LaFleur, Cincinnati Bengals coach Zac Taylor and now Staley, who was one-and-done with the Rams after producing the NFL’s top-ranked defense that powered the typically-offensive driven Rams to a 10-6 season and a wild-card playoff victory. 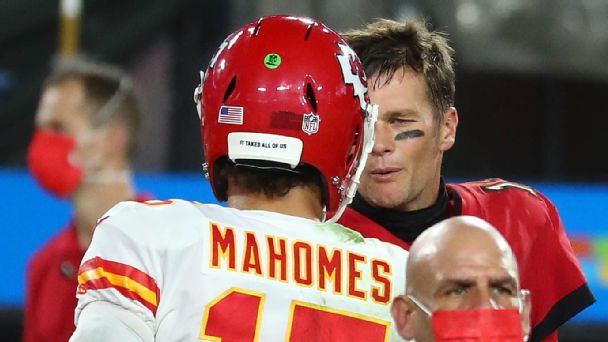 The Los Angeles Chargers named Staley their head coach, making way for McVay to reunite with Morris, who is considered among the top candidates to earn a future head coaching job.

After serving as Atlanta Falcons interim head coach for 11 games this past season, Morris interviewed for their vacancy, but former Tennessee Titans offensive coordinator Arthur Smith got the job. Morris also interviewed with the Jacksonville Jaguars, who hired Urban Meyer.

So for now, Morris reunites with McVay after the two previously worked together as assistants with the Tampa Bay Buccaneers and the Washington Football Team.

“I’ve got a lot of respect for Raheem and what he will bring to the Rams organization,” McVay said in a statement following Morris’ hire. “Not only is Raheem a great communicator, he is also an excellent teacher. Raheem’s background coaching both offense and defense gives him a unique perspective which allows him to see the field from a 22-man perspective.”

Morris previously served as an NFL head coach with the Buccaneers from 2009, when he was the youngest head coach in the league at 32 years old, to 2011.

More recently, he’s coming off six seasons with the Falcons, where he coached on the offensive and defensive side of the ball. He was named defensive coordinator last season before becoming interim head coach when Dan Quinn was fired following an 0-5 start.

Five of the Falcons’ seven losses under Morris were by one possession.

“Whether if it’s here or somewhere else, he’s going to be a head coach in this league,” Falcons quarterback Matt Ryan told reporters at the end of the season. “There’s no doubt about it.”

But for now, Morris will enter what’s anticipated to be his first full season as an NFL defensive coordinator.

The challenge will be keeping the unit at the top and continuing a system Morris might be unfamiliar with.

The Rams return All-Pro defensive tackle Aaron Donald, who had 13.5 sacks last season, and Ramsey, an All-Pro who allowed an average of 23.9 yards per game as the nearest defender, according to NFL Next Gen Stats.

Edge rusher Leonard Floyd produced a career-high 10.5 sacks and is positioned to cash in on his career-best season in free agency, though McVay said re-signing Floyd is a priority.

Morris is best known for running a 4-3 scheme, a system the Rams have not run since former coach Jeff Fisher was fired in 2016.

However, despite Morris’ 4-3 background, it’s expected the Rams will maintain Staley’s scheme, which kept the base 3-4 installed by former defensive coordinator Wade Phillips (McVay did not retain Phillips when his three-year contract expired following the 2019 season) but often utilized defensive back-heavy packages.

Morris will be brought up to speed on a system that came from Denver Broncos coach Vic Fangio and that Staley, who worked three seasons under Fangio before joining the Rams, refined to make his own.

Morris must also finalize a defensive coaching staff that has at least two vacancies thus far.

After following McVay from Washington and spending four seasons with the Rams, linebackers coach Joe Barry followed Staley to the Chargers to become the linebackers coach and defensive passing game coordinator. Cornerbacks coach Aubrey Pleasant, who also came to L.A. with McVay, has accepted a position as the Detroit Lions‘ secondary coach and defensive passing game coordinator.