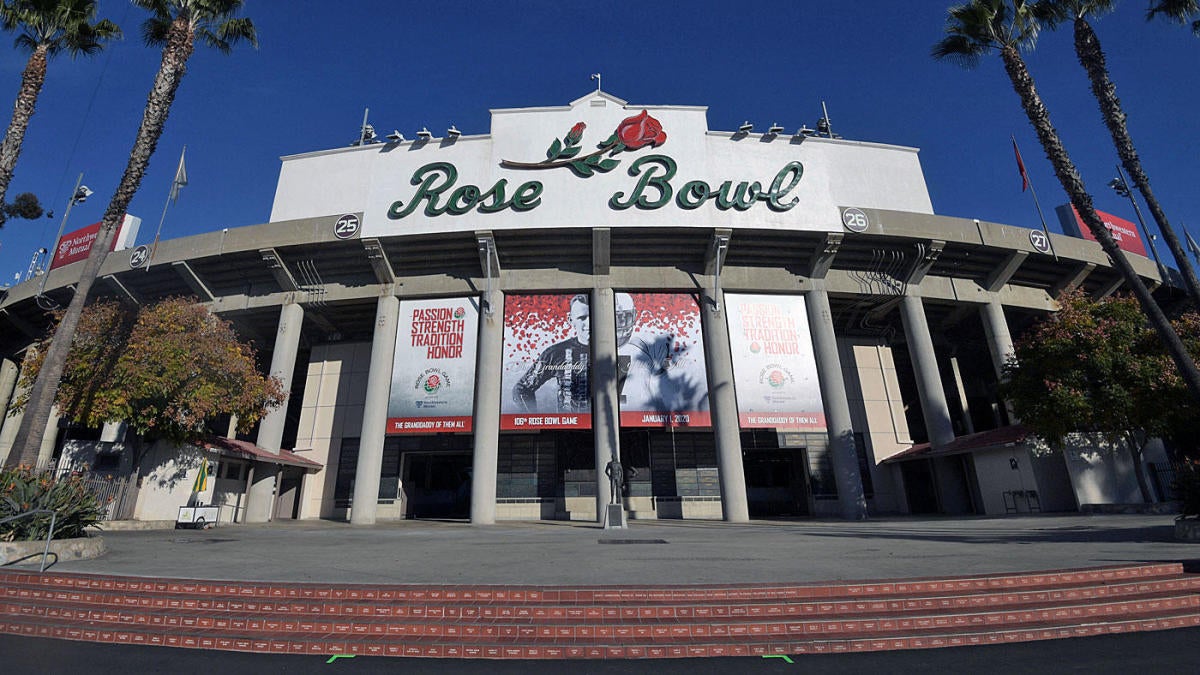 Kevin Warren was on the phone the other day with the man who could save a Big Ten spring season — and maybe a bit of Warren’s reputation.

David Eads is CEO of the Rose Bowl. He has been asked increasingly about the possibility of staging two Rose Bowls. One is already scheduled as a College Football Playoff semifinal Jan. 1, 2021.

The other would have to be added at the end of the spring season populated with the winners of the Big Ten and Pac-12. That’s where Warren, the Big Ten commissioner, comes in.

Did he ask about a second Rose Bowl that would benefit his league and lend some definition to an already fractured college football season?

“It was on a totally different subject,” Eads said of the Zoom conversation. “There were more than 100 people on the call.”

That does little to clear up the building anxiety over what the Big Ten and Pac-12 will be playing for next year.

The minimum would be conference championship games in those two leagues. As for a second “Granddaddy Of Them All” …

Separate sources within each the Big Ten and Pac-12 said there have only been preliminary discussions about the subject.

“There’s been a conversation about that possibility,” one the sources said.

Eads would not go that far. Not even close.

“I’ve been asked that question several times,” Eads said. “We’re a semifinal site this year for the CFP. Obviously, my team is working aggressively [on that] if there is college football this fall. The question about a spring schedule with both the Big Ten and Pac-12 and could that result in another Rose Bowl? I don’t think anybody has given any thought or consideration to that at this point.”

Actually, if you’re the average athletic director, fan or player in those conferences, there has been plenty of thought about it. The Rose Bowl was the first bowl game. It has defined the seasons in the Big Ten and Pac-12. Stanford and Washington played in the original game in 1902. From 1947 to 2001, the two conferences met exclusively in Pasadena, California.

Michigan’s Lloyd Carr, among others, said winning the Rose Bowl was more important than winning the national championship.

It took major haggling for the three parties (Big Ten, then-Pac-10, Rose Bowl) to surrender their exclusivity in 1998 when the BCS started. A similar decision had to be made in 2013 when the Rose Bowl became part of the CFP rotation.

At the moment, the Rose Bowl cannot serve as a national championship game.

Any CFP National Championship bid is going to come from the city of Los Angeles for new SoFi Stadium, not Pasadena. (In fact, L.A. will host the game in 2023.)

The logistics now are even further muddled. The average annual payout for each participating conference in the CFP era is $40 million. Who knows how that figure will be adjusted without the Big Ten and Pac-12 competing this fall. Adding another Rose Bowl would further complicate matters.

The Big Ten and Pac-12 would first have to align schedules for a second Rose Bowl to be possible. The Big Ten is at least discussing starting its season as early as Thanksgiving, CBS Sports reported Friday.

The CFP has hitched itself to the 76 teams playing in the fall. If a spring 2021 season is played, there is no certainty what the Big Ten, Pac-12, Mountain West and MAC would be playing for beyond conference honors.

“My response is, it’s really speculative at this time,” Eads said. “Obviously, as we move through the season, it would be something we would consider if it would interest our partners. At this time, there is really no discussion going on.”

Next year’s Tournament of Roses Parade has already been cancelled due to COVID-19. If the CFP semifinal is played, it will be subject to community health ordinances at the time. Imagine the famous New Year’s Day television shot of the sun setting over the San Gabriel Mountains with empty stands.

Eads moved West 18 years ago to work for the Los Angeles Area Chamber of Commerce. He has been with the Rose Bowl 3 ½ years.

How does a native Kansan get to Southern California to become the Rose Bowl CEO?

OK, seriously. He knows the Rose Bowl drips with tradition. But there should be no issue with the concept of holding two Rose Bowls three months apart. In 2010 and 2014, the Rose Bowl Stadium hosted games nine and five days apart, respectively, in the BCS era.

“We’d be prepared to do something like that,” Eads said. “But we haven’t looked at any of the logistics or anything around a dual host. That’s too speculative and too premature at this time.”

Nothing seems normal now. Eads was asked about the further possibility of a “Granddaddy” on Easter or Memorial Day.

“As people move through this pandemic and yearn for that return to some normalcy and tradition, the Rose Bowl Game is going to be on their [minds],” Eads said.