ALLEN PARK, Mich. — With Dan Campbell in his first go-round as a full-time head coach, the Detroit Lions wanted some assistants who could offer insight and acumen to their new on-field leader.

And in offensive coordinator Anthony Lynn, the Lions believe they found that. The 52-year-old has been around the league, with time in Denver, Jacksonville, Dallas, Cleveland, New York (Jets), Buffalo, and for the past four seasons, in Los Angeles as the head coach of the Chargers.

He has handled running backs, worked with special teams, been an assistant head coach, and for one season with the Bills, he coordinated an offense. And in Detroit, that’s what he’ll be expected to do — provide an experienced voice for Campbell and also create a diverse offense around a new quarterback.

Campbell also will have other NFL-level experience to lean on. Mark Brunell, a three-time Pro Bowler, is Detroit’s quarterbacks coach. While it’ll be his first NFL job — his other coaching experience is as a high school head coach and a mentor for quarterbacks transitioning from college to the NFL — he has 19 years of playing experience to tap as the Lions prepare for life without Matthew Stafford. And he’ll have 10-year NFL playing vet and 10-year NFL coaching vet Duce Staley as the assistant head coach/running backs coach, the same role he had in Philadelphia.

So while Lynn doesn’t have vast experience as a playcaller, he will have a lot of experienced NFL voices to lean on. And Lynn’s teams, when the offenses have been at least partially under his control, have shown proficiency in their ability to run and pass. 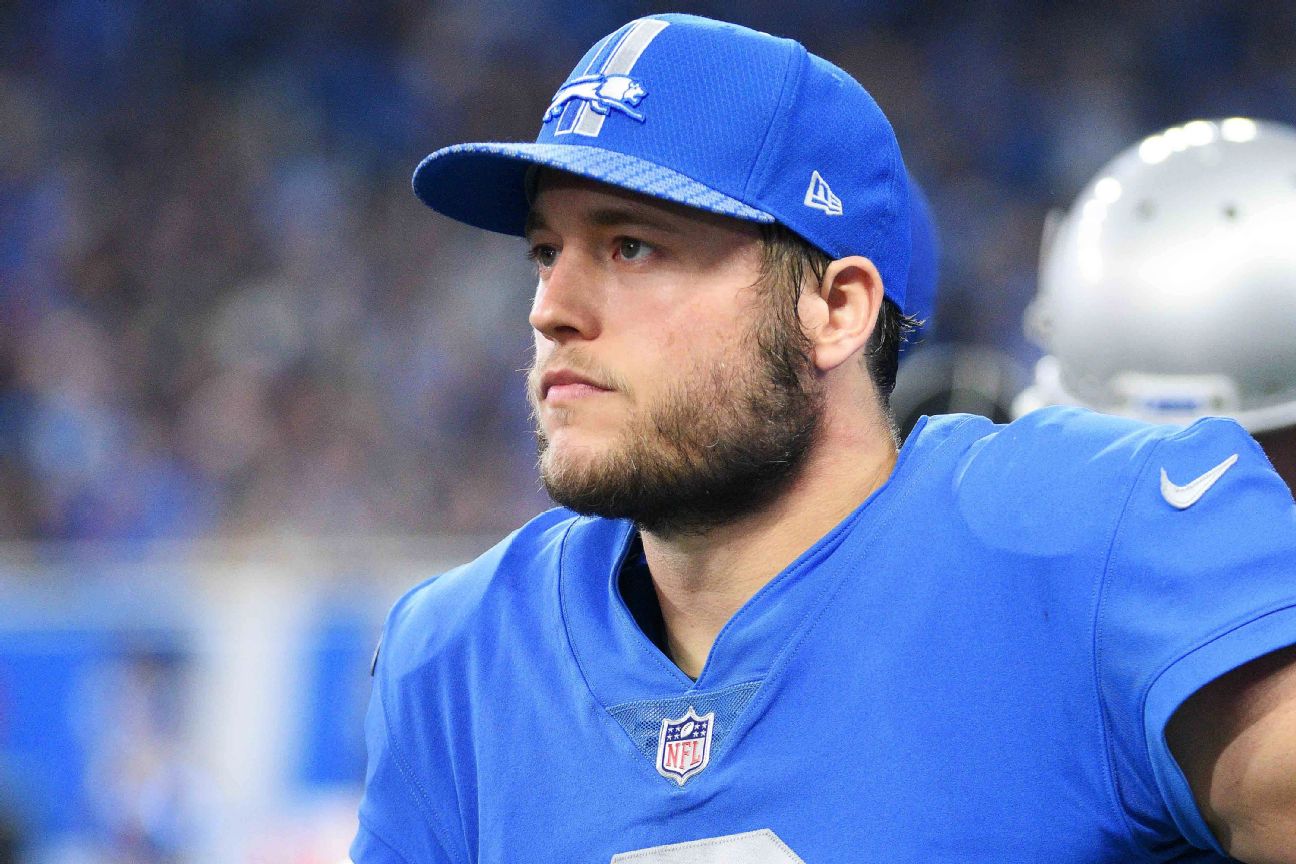 With the Bills in 2016, Lynn created the top rushing offense in the NFL in both yards per game (164.4) and yards per attempt (5.35). He did that largely off the team’s best offensive option, LeSean McCoy, who gained 1,267 yards with 13 rushing touchdowns that season.

Tyrod Taylor — a player to watch for the Lions since he has worked with Lynn in Buffalo and Los Angeles — was his quarterback. The Bills did not have much of a passing offense (No. 30 in the league), but Taylor completed 61.7% of his passes for 3,023 yards and 17 touchdowns with six interceptions. Lynn had talented receivers to work with, too. Robert Woods, Sammy Watkins and Marquise Goodwin were all on the Bills.

In what could be a good sign for T.J. Hockenson, one of the Lions’ top offensive pieces, Lynn’s offense has utilized the tight end. In Buffalo, Charles Clay had 57 catches for 552 yards and four touchdowns. The 31-year-old Clay was out of the NFL last season but has extensive experience with this coaching staff. His first four seasons in the league in Miami were with Campbell as his position coach and then Lynn worked with him in Buffalo.

QB Philip Rivers and WR Keenan Allen were the catalysts, but the offense also had a 1,000-yard rusher in Melvin Gordon (1,105 yards — something Detroit hasn’t had since 2013.

Some of that could be due to the team’s record — 5-11. Gordon played just 12 games and averaged less than 4 yards a carry. Austin Ekeler had become just as critical and was more of a dual-threat back with 92 catches and 993 receiving yards.

Last season, Lynn’s first without Rivers, he had rookie Justin Herbert mostly running the offense. The Chargers still were sixth in passing yards per game (270.6) but No. 17 in yards per attempt (6.9). The run game, without a consistent back because of injuries to Ekeler, gained 111.5 yards per game but only 3.83 yards per attempt.

So what does this mean for the Lions?

Lynn can bring in a run-heavy or pass-heavy offense, so he can both adapt to what works or doesn’t, as well as to his personnel. Considering what Campbell is looking for offensively, this fits.

“If we can exploit a weakness, we’re going to do it.”

Without knowing the makeup of the roster, it’s tough to predict those strengths. Detroit has five players to build around offensively: Tackle Taylor Decker, guard Jonah Jackson, center Frank Ragnow, running back D’Andre Swift and Hockenson.

Considering what Lynn used the past five seasons, Campbell’s approach and the skill sets of the players Detroit has, Swift and Hockenson could be the biggest beneficiaries.

Swift can run through the middle and has enough route-running ability to become a matchup problem for opposing linebackers and safeties. Hockenson became a Pro Bowler this season and can flourish as an all-over-the-field option.

Ekeler and TE Hunter Henry in Los Angeles along with Clay and McCoy in Buffalo are evidence of the potential Lynn’s offensive philosophy has in Detroit. Considering the Lions might have a rookie quarterback or, unless Taylor signs with Detroit, a veteran learning a new system with potentially limited offseason work again, Swift’s and Hockenson’s usage might go up from last season.

They are both under 25 years old, so they are players Lynn can build around in the present and future as Detroit reconstructs its offense.