In our NFL Next Gen Stats world, where analytics are becoming increasingly popular in player evaluation, the New York Jets‘ quarterback stands as an outlier. The numbers, whether newfangled metrics or old-school stats, say Darnold has played his position at a bottom-tier level since entering the NFL in 2018.

At the same time, Darnold is being mentioned as one of the most prominent names in the NFL’s offseason quarterback carousel. 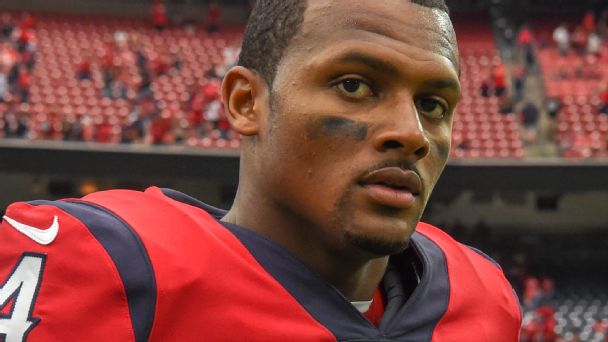 The Jets have received multiple inquiries from teams interested in trading for Darnold, ESPN’s Adam Schefter reported Sunday. Darnold and Philadelphia Eagles quarterback Carson Wentz are generating the most buzz (next to the Houston Texans‘ Deshaun Watson, of course), an indication Darnold still is held in high regard around the league despite a career-worst season in 2020.

Talent evaluators, trusting their eyes over spread sheets in this particular case, see what he can be, not what he is. That he was the third overall pick by the Jets in 2018, ahead of stars such as the Buffalo Bills‘ Josh Allen and Baltimore Ravens‘ Lamar Jackson, undoubtedly is fresh in their memories.

Which begs the question: If Darnold has so much promise, should the Jets shut down the trade talk and keep him?

“He’s been victimized a little bit by playing for a team that hasn’t surrounded him with a lot of great talent,” said former NFL coach Steve Mariucci, who is an NFL Network analyst. “I still believe that Sam Darnold can be a starting quarterback and a productive quarterback in this league. … I haven’t given up hope on Sam Darnold.”

That the Jets are fielding calls for Darnold doesn’t mean they will trade him, although it indicates they aren’t firmly committed to him, either. That jibes with their public stance. In recent weeks, general manager Joe Douglas and coach Robert Saleh spoke highly of Darnold, but stopped noticeably short of declaring he is their starter for 2021.

What the Jets are doing, as the new coaching staff evaluates the roster, is gauging the market for Darnold, weighing potential trade offers versus other avenues for improving the position. Could they trade for a replacement? Sign a free agent? Draft a quarterback with the No. 2 overall selection in April’s NFL draft?

One thing they can’t do is allow themselves to be held hostage by the Watson stalemate in Houston. Trading for him would be a home run, albeit an expensive one, but there’s no telling if that situation will be resolved by April 29. They can’t count on him being available, so they have to proceed with business.

Mel Kiper Jr. predicts that the Jets will stick with Sam Darnold at QB and not draft Justin Fields. Kiper expects the Jets may instead draft Oregon OT Penei Sewell.

And that starts with a decision on Darnold, which could happen quickly. Once the Wentz situation gets resolved — he reportedly could be traded in the coming days — the spotlight will shift to the Jets and Darnold.

“Do we really know who Darnold is yet?” a longtime personnel executive asked. “The teams looking at him are looking at him in that vain. He was in a very dysfunctional situation, and I think his best football is ahead of him. He’s a good kid, no character issues. I could see a team giving a late one [first-round pick] for him. If the Jets are shopping him, you could probably get him for less. But if teams are calling for him, I could see a low one or a high two.”

Quarterback-needy teams in the bottom half of the first round include the Washington Football Team (No. 19), Chicago Bears (20), Indianapolis Colts (21) and New Orleans Saints (28). The San Francisco 49ers (12) also have been linked to Darnold.

If the Jets are offered a first-round pick for Darnold, the league’s lowest-rated passer (78.6) over the past three seasons combined, it would be difficult to say no. That would give Douglas three picks in the first round, including No. 2 and No. 23 (from the Seattle Seahawks) — which would be a massive opportunity to replenish the roster.

You don’t trade a starting quarterback without a sure-fire replacement plan. Unless Douglas is simultaneously working a trade for another veteran, the plan would be to draft a quarterback, presumably with the No. 2 pick. After Clemson’s Trevor Lawrence, who is expected to be chosen No. 1 overall by the Jacksonville Jaguars, the top prospects are BYU’s Zach Wilson and Ohio State’s Justin Fields.

ESPN draft Mel Kiper, Jr. believes the Jets would be wise to run it back with Darnold instead of using the second pick on a quarterback. Kiper said his draft grade on Darnold was higher than those of Wilson and Fields. Wilson produced one great season against a “cupcake schedule,” according to Kiper. Fields had a couple of poor games in 2020, raising eyebrows.

“All these quarterbacks are a little iffy for certain reasons, which makes you wonder,” Kiper said. “You might like them, but do you love them? That’s why I’m sticking with Sam Darnold. Sam came out with a high grade and he has shown flashes he can be a really good quarterback. He hasn’t had much around him. Now you think about the change in staff and all that. Sam has shown enough to warrant the benefit of the doubt.”

Darnold should be an ideal fit in the Jets’ offense, a 49ers-style attack that suits quarterbacks who can move and throw on the run. Privately, Saleh has told friends he believes there’s untapped potential in Darnold, but this decision goes beyond scheme and skill set. There’s a financial component to it as well.

With Darnold entering the final year of his rookie contract, with a decision on his fifth-year option (2022) due by May 3, the Jets face salary-cap uncertainty at quarterback beyond 2021 — and that can cause an uneasy feeling for a GM. He could solve that by trading Darnold (a $4.8 million cap savings) and going with a rookie, saving a lot of cap dollars.

It’s a tough call: Darnold hasn’t displayed enough to warrant an extension, but it could be premature to cut bait on a 23-year-old with physical talent. In the meantime, the Jets are listening.

NBA playoff watch – Boston Celtics on the brink of the play-in tournament; Los Angeles Lakers get a needed win

Luka Doncic tossed after flagrant foul 2, still one technical away from suspension

Aaron Rodgers landing spots: Six teams that make the most sense, including the draft-stock-rich Eagles

Trevor Bauer calls out Dodgers for recent slide: ‘We’re not just going to sleepwalk’ to the World Series

Jacob deGrom injury update: Back issue for Mets ace not believed to be serious, per report

After five straight series losses, the Los Angeles Dodgers are looking for answers

Vinc Pichel vs. Austin Hubbard on tap for UFC event on Aug. 21

Forrest Griffin Flies With the Thunderbirds

Gordon Ryan to make ONE Championship debut in grappling match against Shinya Aoki on Aug. 27

On To the Next One: Matches to make after UFC Vegas 26

Wisconsin AD Barry Alvarez to work for Big Ten as liaison between league and its football coaches, per reports

NCAA rushing a name, image, likeness rule as its power over college athletics is quickly diminishing

How old-school linebackers are adjusting to the new college football